Some facts from the history of the car

In September 1963, Porsche presented the Porsche 901 at the IAA in Frankfurt as a successor to the Porsche 356. One year later, as of the model year 1965, series production of the model began, and it was renamed the 911 shortly after that.

Originally built only as a Coupé, the 911 had an integral body-frame and was powered by a new 2.0-liter flat-six engine, which initially delivered 130 hp. As of the model year 1967, the 911 was also available as a “safety cabriolet” (Targa) with permanently mounted roll-over bar and removable soft top.

A semi-automatic Sportomatic model, composed of a torque converter, an automatic clutch, and the four-speed transmission was added in Autumn 1967. It was canceled after the 1980 model year partly because of the elimination of a forward gear to make it a three-speed.

As of the model year 1969, the wheelbase was lengthened by 57 mm, resulting in increased driving comfort and simultaneously more stable driving dynamics.
The 911 S, the first engine derivative of the 911, was also launched on the market. In the years that followed, models bearing the additional designations T, L and E were launched.
911 S (MY 1967-73)

Due to various engine modifications, the sports version of the 911 initially had a power output of 160 hp, ultimately increasing to 190 hp. In addition to superior equipment, the S model was the first 911 to be given “Fuchs” rims with their distinctive 5-spoke design. 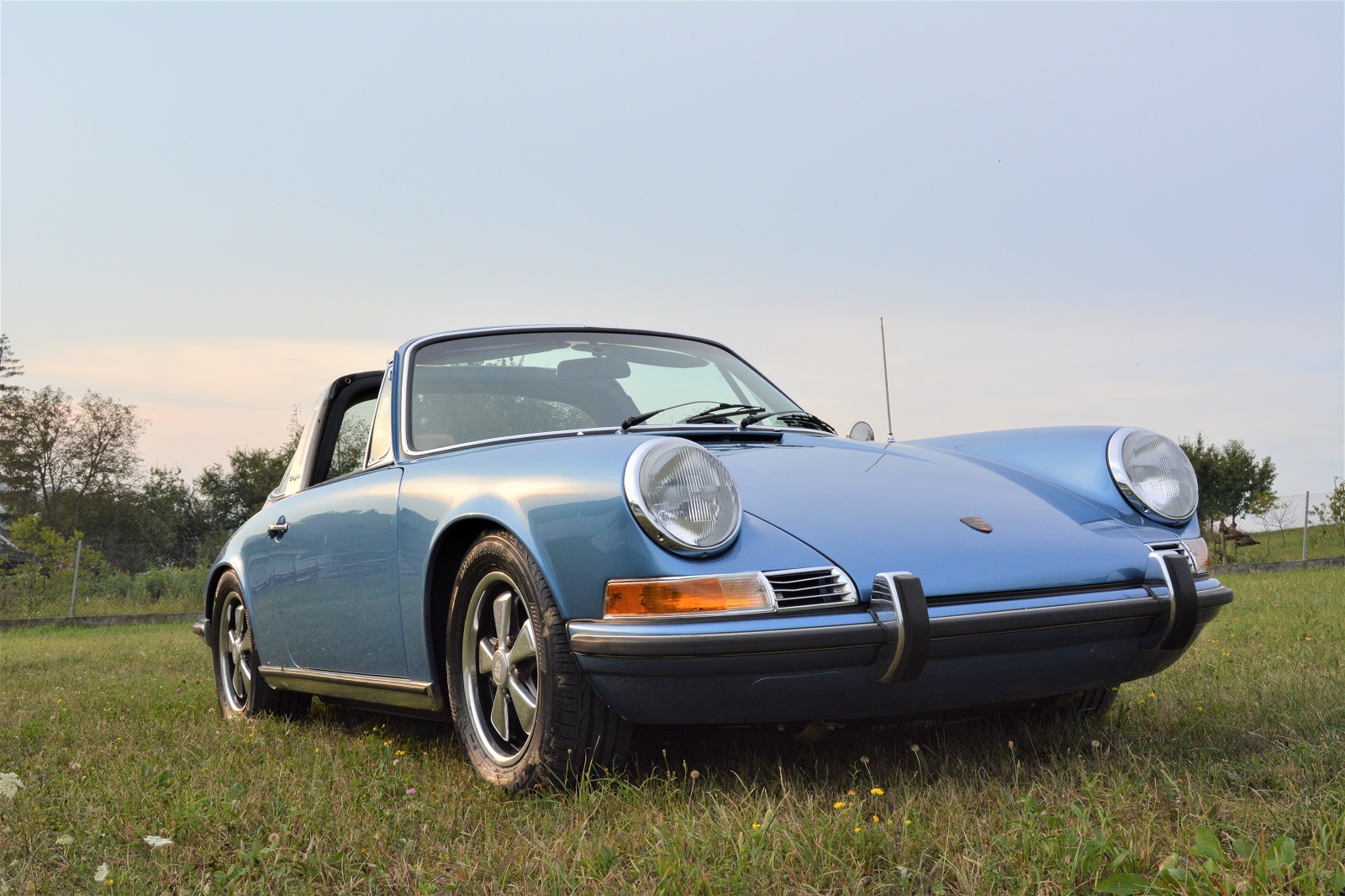 “In the beginning, I looked around and could not find quite the car I dreamed of. So I decided to build it myself.”

Features of this model:

Something about this one:

This Porsche 911 E Targa with first delivery to USA California had only two owners from new.

A comprehensive nut-and-bolt restoration has been carried out, and the car comes with Porsche Classic Certificate.