The M6 was critically acclaimed throughout its lifespan for its elegant, aggressive “shark-nose” styling, its luxury equipment, and its performance. A top speed of 255 km/h (158 mph) made the European version the second fastest BMW ever built next to the M1. This is due to all later BMW models being electronically restricted to 250 km/h (155 mph). However, Rug Cunningham, of Cunningham BMW, ran a bone stock 1987 U.S. BMW M6 in the La Carrera Classic Race in Mexico in 1989 and recorded a top speed of 283 km/h (176 mph) indicated. An M635CSi and M6 can be distinguished from other E24 models by “///M” badges on the front grille and rear decklid (“///M6” badges on the M6), body color side-view mirrors, BBS wheels, rear lip spoiler, larger front air dam, larger front brakes and a 10mm lowered ride height. 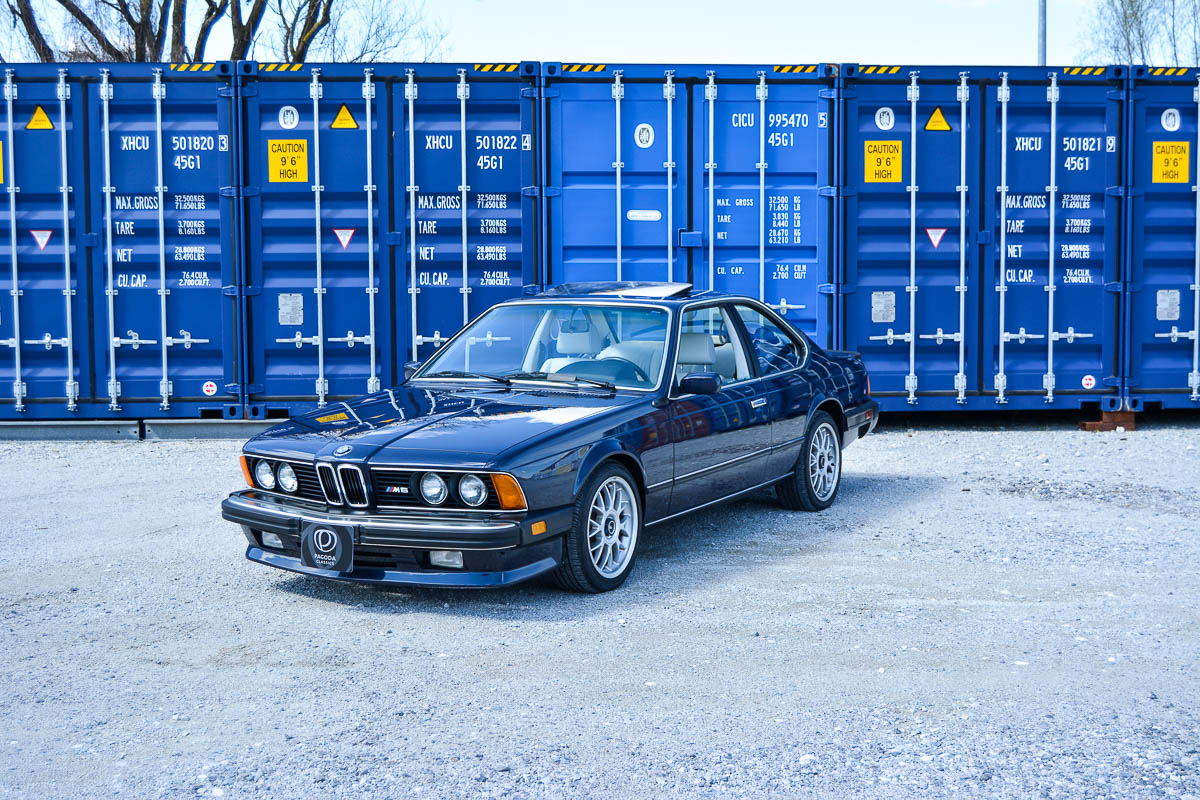 The car has EU registration.