It first debuted at the Autosalon de Paris in 1967 and only 800 examples produced after that.

This 365 GT 2+2 designed by Pininfarina had independent rear suspension (for the first time on a 2+2 Ferrari) developed by Ferrari and Koni together, power steering, electronic windows and air conditioning.

It quickly became the company’s top-selling model. It was the largest and most luxurious Ferrari ever made at that point and also known as the “Queen Mary” due to its dimensions. 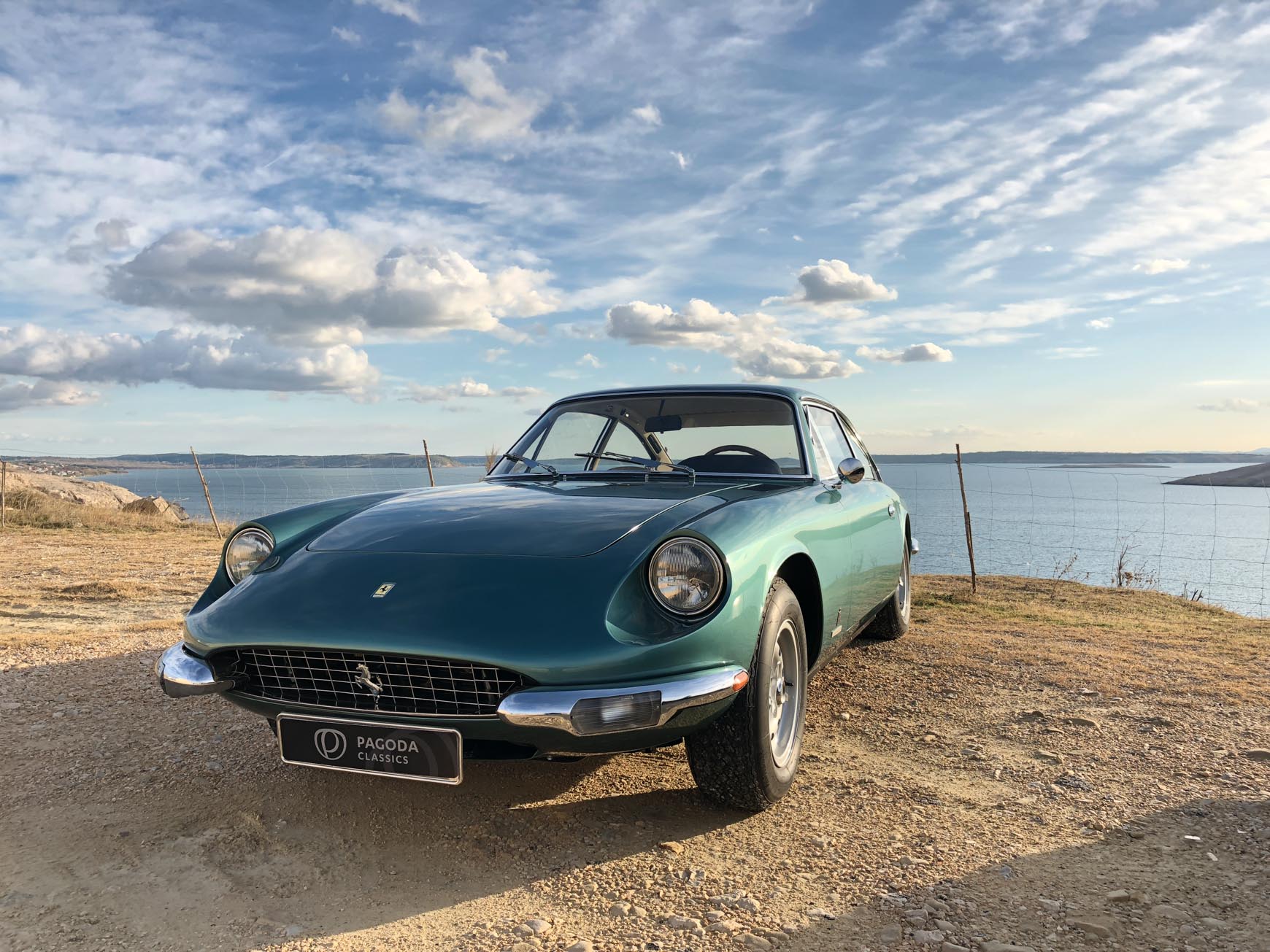 About our "Queen Mary"

A full frame-off restoration has been carried out on this Ferrari 365 GT 2+2 with 5000 working hours invested.

The car is now in Concours condition and probably the finest example of “Queen Mary” in the world.

Finished in a beautiful combination of green exterior over the beige leather interior and only 500 km covered after restoration.